Get out of the car 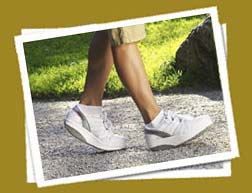 Last Monday, I stepped off the porch steps and onto the sidewalk to chill with my cat in the morning sunlight. Immediately enthralled by the touch of the early breezes, I inhaled the possibility of doing something so unlikely as this: running errands by walking. I needed to go downtown for a coupla different things, and I prefer to bunch up my chores so I only have to run the car in one general direction and accomplish multi-things at a time. What's that permaculture aphorism? Protracted thought leads to minimized labor and energy waste. (Actually, since I took the time to look it up, it's this: "...protracted and thoughtful observation rather than protracted and thoughtless labor...")

So, anyway, I had a handful of things to accomplish downtown and had about five hours to get 'em done. Why not walk today, I asked myself.

I started out from my hood (Fairmount neighborhood) and headed north, arriving downtown (City Hall) in about 45 minutes. The temperature was perfect and the only discomfort I felt was some slight pain in my lower back and right foot (broken toe). Overall, I was buoyant. I felt like walking the distance it would have taken me 8 minutes to drive and accomplishing the chores in 2 hours rather than 30 minutes did not deplete me or compromise my schedule. With a conscious choice, I opted to slow down my day--and yes, I didn't get as much done as on a typical day--and gained so much the improved attitude and overall depth charge that I had long needed.

It's gorgeous today, give it a go. Give your feet the green light. Let the car rest for a minute.

I'm heading out now to cruise the neighborhood with my friend Carol. Feet a-walking, mouths a-talking.

In case you need information to get inspiration....
Posted by Tammy Gomez at 10:06 AM 4 comments:

SUNDAY: "The Other Side" screens after FINAL performance of BOXCAR in FW

If you haven't seen BOXCAR (written by Silvia Gonzalez S. and directed by FW-er Rob Bosquez), you have only ONE weekend left to do so.

"Inspired by the 1987 tragedy in which 18 bodies and one survivor were found in a sealed boxcar in Texas, Gonzalez's play tells the story of six Mexican men and a teen from El Salvador as they try to cross the border looking for a better life in the U.S."

F * R * E * E Screening of an experimental film by Lubbock-born
filmmaker Bill Brown, which focuses on the land & politics of the U.S./Mexico border. 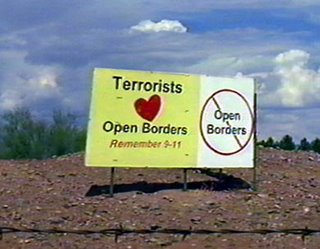 EVEN if you cannot make it to see BOXCAR, come to this free screening of "The Other Side"!

“The desert that marks the border between the U.S. and Mexico is the subject of Bill Brown’s deeply personal reflection on and exposé of the challenges surrounding Mexican immigration. Pensive, raw, and luminous images construct a montage of a land where immigrants leave traces of their struggles and hopes. Traveling along these same paths, Brown shows us “where the idea of America is up for grabs” and explores the vicissitudes of the politics and activism behind U.S. immigration policies. We ride in the cars of activists protecting the rights of migrants, set up water stations, listen to the tales of crossing attempts, learn the history of the land, and watch the shadows creep across the fixtures of life isolated in the desert.”
–Harlie Dover, Brooklyn Underground Film Festival

Bill Brown makes movies about ghosts that masquerade as movies about landscapes–or maybe it’s the other way around. His films include Roswell, Hub City, Confederation Park, Buffalo Common, Mountain State, and The Other Side. In 2003, the Museum of Modern Art screened a retrospective of his work as part of its MediaScope series.
Posted by Tammy Gomez at 6:16 AM No comments: