Blazing all chambers, my heart is supple, radiant. (an intention for 9-11-11) 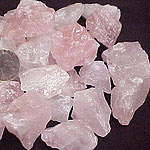 On September 10, 2001, I prepared to go to bed with a particular trepidation that soured my mood, making me tense and worried. I reached for my rose quartz crystal, an angular specimen rough and unpolished, that I had purchased at a shop in Basalt, Colorado. The proprietress of the shop had been instrumental in this purchase for she had said it was the stone that could best help me open my heart chakra, to enhance my instinct towards love and understanding. I'd had that stone for 10 years.

So that night, the 10th of September, 2001, I decided to make a simple intention for myself. I laid back upon the bed and placed the crystal over my heart chakra, breathing quietly and trying to quell my troubled mind. What worried me was this: I had not spoken with my ex-novio in 364 days and the next day, September 11th, 2001, would mark a one-year anniversary of silence between us. Of course, I both marveled at and regretted this astute observation. Why would I have chosen to remember this unpleasant historical marker, and how doomed did I need to feel, realizing that the next day might bring uncomfortable distress, unsatiated longing, and sorrowful tears?

With the chakra in place, I began a slow and deliberate mantra that went something like this: You will not spend tomorrow crying about this. You will allow love to flow through your heart chakra, there will be no blockage of love due to pain, regret, sadness, or anger. Keep your heart chakra open, and continue to feel, continue to love. Your heart is so much more capable than you realize, and you must forgive, accept, and move on in an eternal rhythm--love. Love. Just love.

I must have fallen asleep with this, because there was restfulness in my body. Until, until the next morning when there was a sharp, urgent knocking on my front door. Rising quickly, I found my mother in tears on the front steps, urging me to turn the television on. She sobbed loudly, while nervously repeating, "We've been attacked. We've been attacked." Everything after those words became a blur of incredulity, dismay, shock, and dread. I saw the video feeds, the live reports, the ongoing and incessant pundit analysis, the broadcast of national chaos. I turned to the internet for more information, updates from friends, poignant poems recently penned, and horrifying photo images. The events of that day so consumed me that it wasn't until after 5pm, while driving around in a stunned stupor with my friend Carol, that I realized I hadn't eaten at all.

And then, a day or two beyond that, after the post-911 world had found its feet and asserted its profoundly-changed character on the history of humanity, I realized that I hadn't thought about my broken heart, my ex-novio, and the last phone conversation we had ever shared. In fact, he was completely pre-empted on September 11th, 2001, and I cried no tears for him. My rose quartz crystal intention had worked. I'd gotten what I'd asked for. I went to bed on September 10th, hoping to banish suffering from my heart. And woke instead to a changed reality, a profound historical moment, and an utterly unfathomable new challenge for my heart and the hearts of all people.

Tonight, I have my rose quartz crystal next to me, as I prepare for a night's sleep. A new and different anniversary will be marked tomorrow. My crystal stone is small, fits easily in the palm of my hand. But I wish it to be powerful enough to soothe your heart, your mind tomorrow. Tomorrow and tomorrow's tomorrow. I want us to move on, move forward, with heart chakras open, inspired by clarity of thought and unfettered by denial or enmity. If we must cry, then let us cry to release the tension, let go the sorrow. But let us not be stuck in a misery that prevents advancement towards unity and peace.

As my friend and fellow poet, Richard Loranger, wrote in a message from Brooklyn that fateful September of 2001, "Let us all practice utmost discernment and kindness in all our actions."


Wishing you a beautiful restful night and a day and future of growth, wisdom, and love.
Posted by Tammy Gomez at 12:30 AM 1 comment: 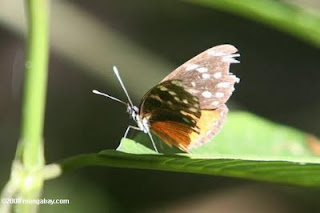 A bright orange and brown butterfly flitted close by as I worked outside this evening. At one point, it flew up to my ear, and its beating wings sounded shockingly loud--stunning me for a few seconds. A minute later, it landed on the top end of the rake I was using, and so I spoke to it. Already, I had the strongest feeling that it was the spirit of Rigoberta Menchu's mother come to direct me to action. As it kept its place on the rake handle, pulsing its wings open and closed, open then closed, I asked it: "What is it that you want me to do? Tell me what it is I should do." All I could conclude is that she wants me to protect her daughter, that I am to help her be safe.
Posted by Tammy Gomez at 8:58 PM No comments: