Another week in the life of Tammy the producer/poet/performer: just wrapped up a great event at the RMT (Rose Marine Theater)--"Carnival de Palabras" with capoeira, spoken word, body painting, and visual art. It was a great night and lots of fun, even though the weather and road conditions threatened to keep people from coming out. But we had an audience, lots of folks even drove from Dallas, not to mention our featured performers who drove in Saturday morning from Austin!

Tomorrow, I'm off to Dallas to teach three workshops as part of the Highland Park High School Literary Festival. They're bringing in some pretty established writers, and I'm impressed with how they've organized this festival. For the next two days--that's tomorrow, Wednesday, February 22nd and Thursday, February 23rd, EVERY student in the school will have an opportunity to choose from over 20 different workshops. Should be fun. More info on the Festival here.

Oh, then there's my featured reading at the University Drive (in FW) Barnes & Noble bookstore. I think it starts around 7pm--Saturday, February 25th. Will (hopefully) be touting my new publication, NORTH TEXAS NERUDA LOVE, an anthology of tribute writings in honor of Pablo Neruda. The book should have been out last month, but Mercury was retrograde, and the printer's schedule must be haywired. Last I've heard the book is "at the bindery..."
Posted by Tammy Gomez at 8:34 PM 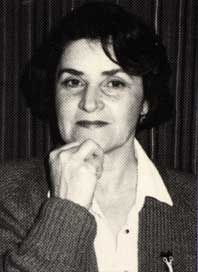 Lucha Corpi, born in Mexico, emigated with her husband to the Bay Area in 1965, and five years later divorced him. From there on out, Lucha created a world for herself that involved sociopolitical transformation, literary expression, and academic achievements. By 1970, she--armed with a Master's in Comparative Lit from San Francisco State University--assumed the position of Coordinator for the Chicano Studies Library at the University of California at Berkeley. Wow. Overcoming a language barrier, as well as social stigmas that kept Mexican women out of the public realm, Lucha truly reinvented herself in the United States. An inspiring example, certainly, for women everywhere.

And tomorrow, Thursday, February 9th, Lucha will present a talk on-campus at TCU, in the Kelly Alumni Center. That begins at 7pm. Free and open to everyone. Refreshments will be served.

Lucha Corpi has received several awards for her work, including a National Endowment for the Arts Fellowship, the PEN Oakland Josephine Miles Literary Prize in Fiction, and the Multicultural Publishers Exchange Book Award of Excellence in Adult Fiction. Her popular mystery novel series introduced the first Chicana detective, Gloria Damasco, as a recurring character.

For more background on Lucha Corpi, check out this great interview.
Posted by Tammy Gomez at 11:56 AM No comments:

Please check out this website for more information on the group which will be traveling up from Austin to perform capoeira and spoken word on Saturday, February 18th, at the Rose Marine Theater, here in the 817.
Posted by Tammy Gomez at 12:30 AM No comments: 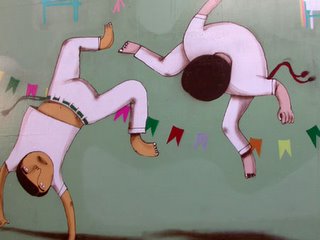 [Guess I should tell you that Sound Culture is my production name, for events and some media things I create.]

(They have just performed as part of Fronterafest--the renowned Austin theater festival--and were selected as 'Best of Week" in January 2006. They've also been doing sets of their "Martial Poetry" in and around Austin, where they are currently based.)

Solange's show "CAMINHADA" (Journey) will be her first solo show in Fort Worth.

a chance to join a capoeira roda (pronounced "ho-rrah") onstage!

You have to check out Capoeira da rua and Xenogia's DaShade Moonbeam. Not only is he a high-ranking and -scoring slam poet at the National level, but he is a most amazing capoeirista. And I guess I too have a soft spot for any guy who's worked for Planned Parenthood. Yeah, i said it, Planned Parenthood. Now, that's sexy.
Posted by Tammy Gomez at 12:08 AM 1 comment:

Where have i been? Guys, i've been birthing a book!!

Yes, it's taken forever and a few minutes, but the whole shebang (cover art, the guts--manuscript--, and our money) is at the printer's. We're only like 6 months behind deadline, that's all. The book, oh yeah, you don't know the title, is NORTH TEXAS NERUDA LOVE. It's an anthology of essays, testimonies, poems--all original work, ya'll--by Metroplex writers. This book is gonna be great, I mean, it is great, but once you see it I hope you'll be as excited as I am about it. Anyway, that's why I have been so (mostly) underground for the past three months or so. I've deprioritized my own work, performing, mopping my floors, painting the house, etc. Now that the thing is outta my hands--it's at the printer's and he says maybe the book'll be bound and boxed by Friday, Feb.10th--I feel like I finally have my life back. So what do I do? I go to the bookstore and buy an industry mag on print design...i guess i'm jonesing for my next publishing project.

Well, the Jan-Feb 06 issue of PRINT magazine is actually pretty cool and its cover story is on the re-emergence of photography--as both an art form and career--in Afghanistan since the "fall" of the Taliban in 2001.

I hope that you'll be reading more from me, more often this year. We shall see....
Posted by Tammy Gomez at 11:50 PM No comments: