Photo credit, for the six images below, goes to Valley Reed.  Thank you to Debby Stein of R.A.D. (Riverside Arts District), Margie Gomez, Tijuan Muhammad of the Sunday Jazz Brunch Series at Shipping and Receiving, Ellie Ivanova (photographer for Saturday's performance), and to my courageous co-performers in this work, Linnae Nicolle Underwood and Tuumea Oxum.  And so grateful that Hassan Multi Conteh could join us to offer a powerful spoken word piece on Sunday afternoon. 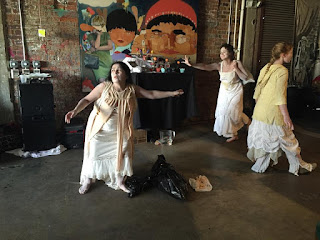 "It was a beautiful performance, I enjoyed it tremendously with my background in dance and improv. Synchronistic for me having yesterday watched a scene from the film Baraka with the Butoh dancers, so those images were fresh in my mind and came to life through your dance today. Thanking you for shining a creative light honoring the tragedy of Katrina and remembering those who were lost. They were also given voice in the dance. It felt very sacred to me. Beautiful work Tammy, made me want to dance again:) " -- Valley Reed, owner/director/teacher, Chrysalis Healing Arts, Dallas, Texas 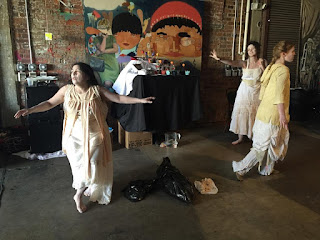 "A moving performance of Spillway Sonata last night to commemorate the 10th Anniversary of the loss of Katrina, at Riverside Arts District in Fort Worth.  It also helped that it was a Mama Luna night (Sturgeon Moon)." -- Ellie Ivanova, photographer/artist, Arlington, Texas 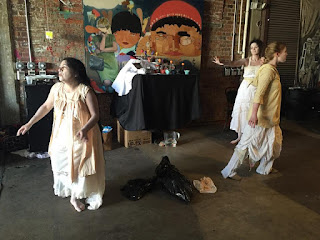 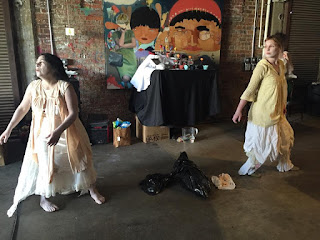 "Tammy, it was great to see this piece this afternoon - there's probably more to talk about than in our brief chat afterwards." -- Herb Levy 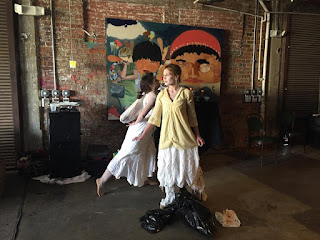 "Beautiful performance and awareness of what has been and what is and continues.  Thank you Tammy for your artful activism." -- Valley Reed, owner/director/teacher, Chrysalis Healing Arts, Dallas, Texas 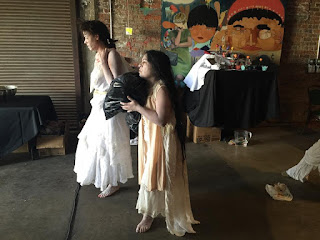 Posted by Tammy Gomez at 3:54 PM No comments:


I am so excited for my co-director Crystal Dozier and I--along with over 60 collaborators--to be unveiling our new project with the DRESS CODES premiere event in Fort Worth, Texas.  This will take place in a beautiful space at the Amphibian Stage Productions Theater in the near south area of FW.

Join us tonight--the event is free and open to the public. 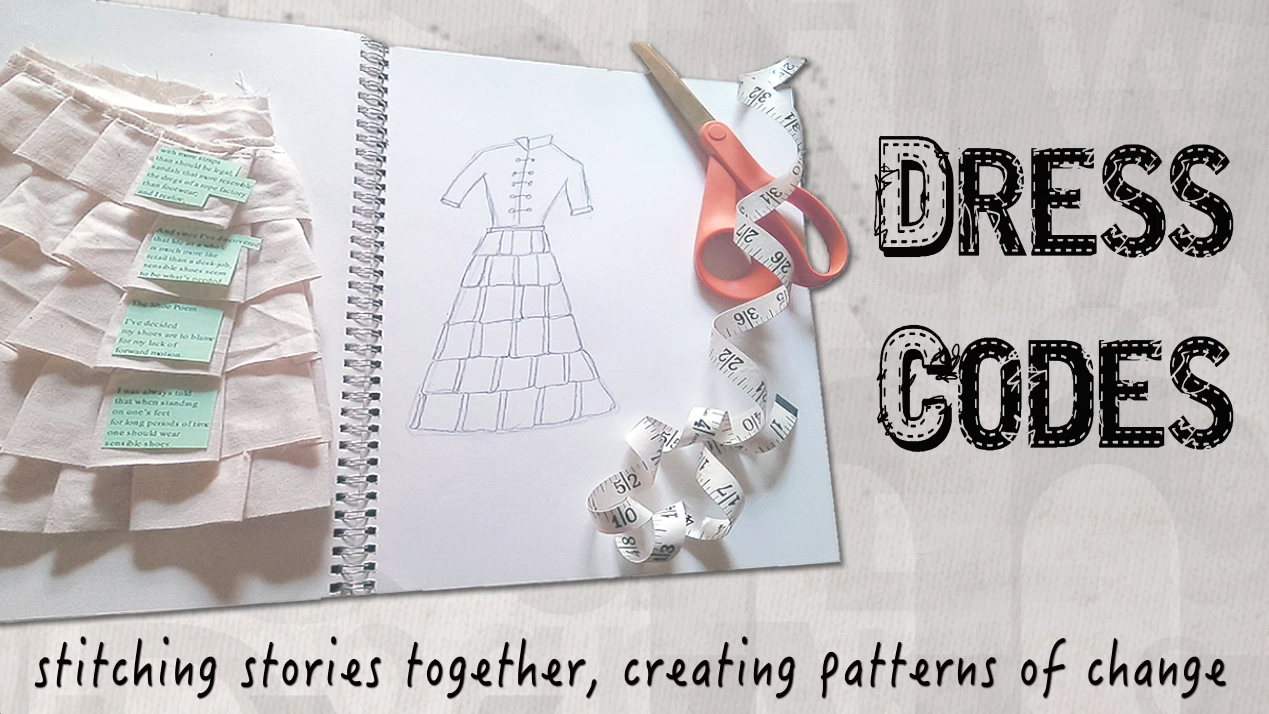 And if you feel inclined, please tweet us your comments, impressions, and PHOTOS!

Tweet us here:  we have future shows, readings, and, of course, the anthology publication release party!!
Posted by Tammy Gomez at 12:54 PM No comments:

There are at least two video interpretations of the Pussy Riot song (their first in English), "I Can't Breathe," which could be seen as a tribute to Eric Garner and an outcry for justice for Garner, Martin, and so many others.  I like this version (above) more because it puts the focus where it needs to be.

Apparently, punk rock icon and musician Richard Hell invited Pussy Riot to his home, and offered to lend vocals to this track.  His is the voice reciting the actual final words spoken by Eric Garner.

Click to see the ditch burial version of this song.

And, for those of us in the Dallas/Fort Worth radio broadcast region, how about we try to get the new "indie" and "alternative" station (KXT-FM) to play this song.  No profanity in the lyrics, as far as I can tell, so it's safe for regular rotation.


I also added the following lines in the comment section:

"NPR broadcast an interview with a member of Pussy Riot this past weekend, and also took time to play a lengthy excerpt from the song.  I figured there's no reason now why KXT cannot play this song in regular rotation.  Thanks."

And then, there's this.