It's now time to dust off that original video footage and start editing it, cuz the NY Latino Film Festival 2008 is now calling for films for the annual festival--happening in July this year.

NYILFF will consider films made by, featuring, about and/or for the Latino community. The festival will consider all forms: feature narrative, short films, documentary and experimental shorts. All projects must have been completed by no earlier than 2006. Projects in a language other English must have English subtitles. Films cannot have been broadcast (television or Internet) or distributed commercially in the U.S. prior to the festival. Exceptions are made for short films and documentaries. All genres are welcome. There's also a YOUTH film category.

New York International Latino Film Festival:
Our Culture. Our Stories. Our Movies. Our Way!
www.NYLATINOFILM.com
Posted by Tammy Gomez at 10:18 PM No comments:

map of an online excursion

1. My friend, Ruben P. Salazar (not to be confused with Ruben Salazar, the journalist who was murdered by the L.A. Sheriff's Department on August 29th, 1970) is about to open a solo art exhibit in Waco, and has asked me to collaborate with him on a few of his visual works. I have submitted a few original poems with environmental themes, per his request. This morning, I finished a draft of a new poem, entitled "Steps on the Earth", which alludes to carbon footprinting.

2. The first draft of "Steps on the Earth" includes my slapdash use of the word "fractious," so I decide to look it up in an online dictionary to see if I misused it or not. I decide to keep the word in my poem, but tweaked the line it's in.

3. I notice, while googling "fractious," that there's an independent publisher called FRACTIOUS PRESS, so I decide to investigate who or what this press is about. I click on the NEWS link and become intrigued by the mention of something called BOOKSLUT, which turns out to be an online lit magazine. I meander over to their BOOKSLUT BLOG and devour many of the recent postings, enjoying myself immensely.

4. In a sidebar to the blog, I see that HOA NGUYEN has been interviewed by BOOKSLUT, so their stock value hits the ceiling. I really like Hoa, who--together with her husband and critic/writer Dale Smith--edits the SKANKY POSSUM, a literary journal and press. They live in Austin, so I get to occasionally see Hoa when I'm down there; I think she came up to Dallas in 2007 to read for a WordSpace event, but I was busy and had to miss her. Of course, I chow down on the interview and feel happy for her recent literary accomplishments, and suddenly long to visit her. (She is also one of about 5 or so editor/publishers who have, over the last 10 years, asked to see some of my work for possible publication. Why have I been holding back, holding out? In 2008, I will follow through...)

Point of this exercise: to show that online browsing--even as I meander and indulge--ultimately gets me back on task, focusing on my literary (and otherwise) goals.
Posted by Tammy Gomez at 2:55 AM No comments:

I have not fallen off the face of the earth, nor have I been...

...sucked up by that unidentified hovering aircraft that folks have been spotting over Stephenville recently.

No sir, it's just that I have been so uber-busy trying to keep up with this new year which has plastered itself all over me like ambitious presidential candidates kissing on unsuspecting babies (who don't even vote!). I am already behind, if you can believe that.

It's a galloping stallion of a year--I feel it, we (my friends and comrades) feel it. It's true, this set of 365 days is the whopper out of the ocean that we only dreamed of glimpsing. And it's ours for real...
Posted by Tammy Gomez at 8:57 PM No comments: 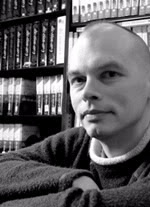 Kleinedler, senior editor for American Heritage Dictionary, will be hosting/emceeing a Define-a-Thon at the Late Night Birthday Celebration of the DMA (Dallas Museum of Arts) on Friday, January 18th. I'm thinking about checking it out myself, and perhaps signing up to play. Sounds like nerdy good fun for word freaks. That includes me, of course. More details follow.

from the DMA website:
"On your mark . . . get set . . . DEFINE! When it comes to word-based competition, the ante has been upped. The American Heritage Dictionary Define-a-Thon is a test of vocabulary strength that takes participants beyond the spelling bee. Why? Because knowing how to spell a word doesn’t necessarily mean that you know how to use the word. In fact, the judges are more than happy to define them for you. This fast-paced game separates the vocabulary masters from novices. The host gives each contestant a definition, followed by four possible answer words. The contestant must choose the word that fits the definition. As the competition progresses, the degree of difficulty increases until only two players are left. These two players enter the final round with new rules and higher stakes.

American Heritage Dictionary Senior Editor Steve Kleinedler will host the game. Quick-witted and with a strong command of the English language, Kleinedler was recently profiled in a New York Times article about “the rise of young, hip lexicographers.” And he has a phonetic vowel chart tattooed on his back! He will share insights on how words are selected for the dictionary and what new words have just been added.

Think you have a good vocabulary? Test your skills in this war of words. Not feeling up to the competition? Come cheer on local logophiles and learn a few new words in this spirited and exciting game. For more details and registration information, visit DallasMuseumofArt.org/ALL. Winners will receive great prizes!"

"If you would like to be a contestant in the Define-a-Thon, please indicate this when ordering your tickets. Six spots for each competition will be drawn in advance on Monday, January 14. Arts & Letters Live staff will contact those selected by January 15. If you are not contacted in advance but would still like to participate, eight spots per competition will be available at the door on the evening of the event on a first-come, first-served basis. A sign-up sheet will be posted near the entrance to Seventeen Seventeen Restaurant one hour before each event begins (6:00 p.m. and 8:30 p.m.).

1 hardcover edition of the American Heritage Dictionary
1 $75 membership to the Museum
2 tickets to the Arts & Letters Live program of your choice in the 2008 season (subject to availability)."
Posted by Tammy Gomez at 11:25 PM No comments: